2. Approach signal for a southbound on CSX at Boody.  The now-inactive interchange with NS (N&W) extends off the passing siding on the left. Clinchfield gave N&W a lot of coal here over the years until the merger. 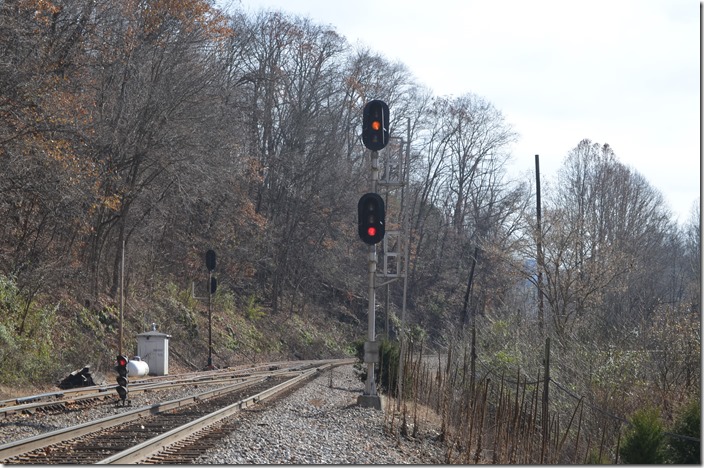 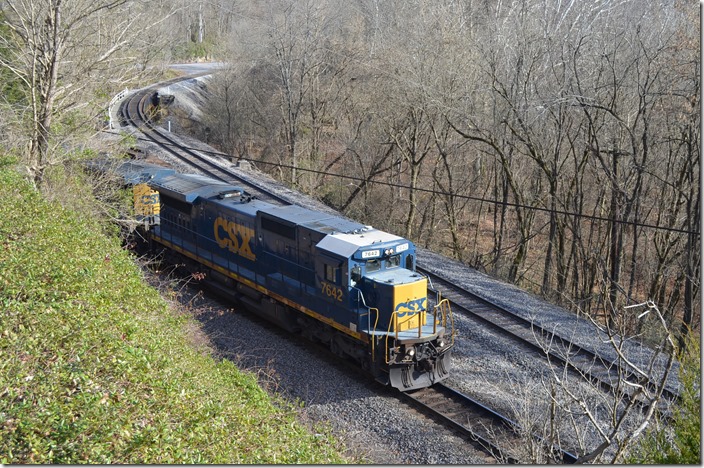 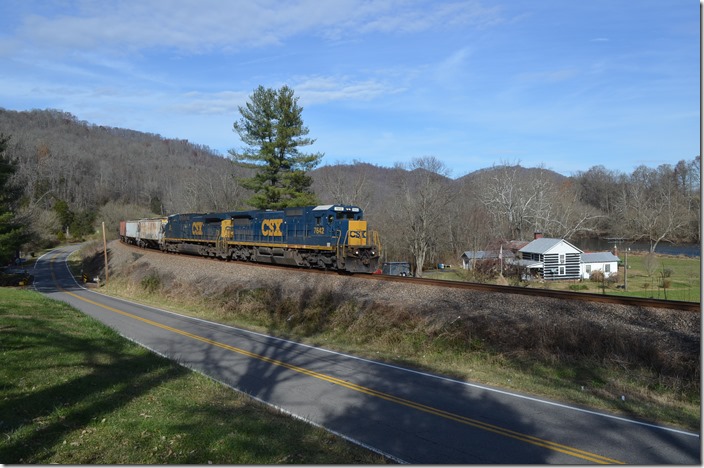 From Dungannon to Copper Creek the speed limit is 40 m.p.h. almost all of that distance which is about 22 miles.  It was all I could do to get ahead of him on those curvy roads.

5. Q698 from the viewing wayside along US 23 at Copper Creek trestle.  He got stuck at Kermit following P913 which arrived Kingsport promptly at 3:08. 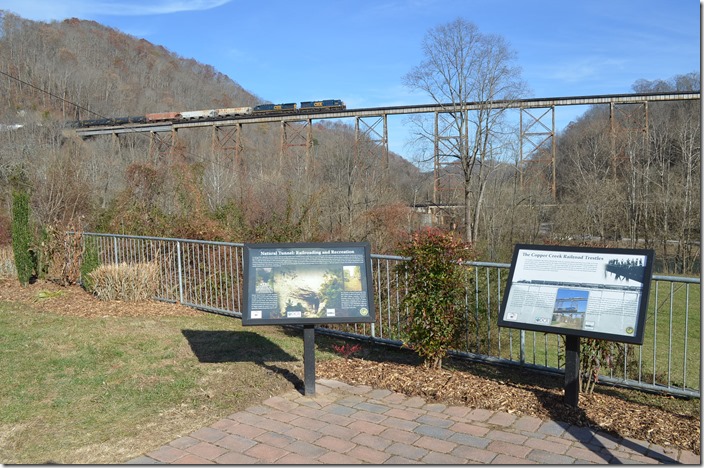 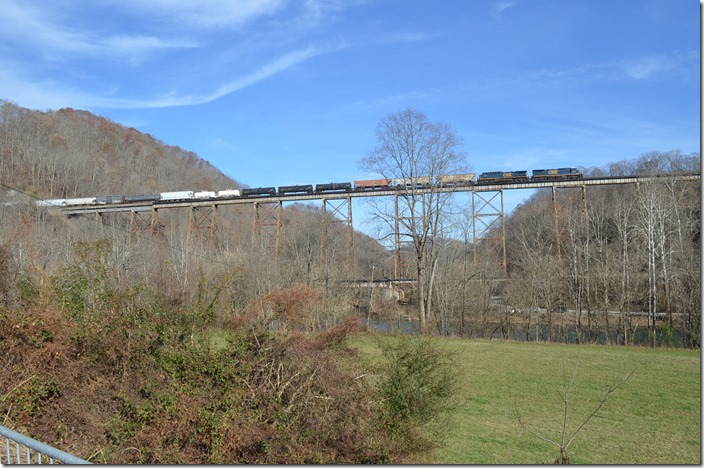 7. An eastbound NS local or work train came by on the former Southern.  He has a high green at the west end of Watkins siding at Daniel Boone. 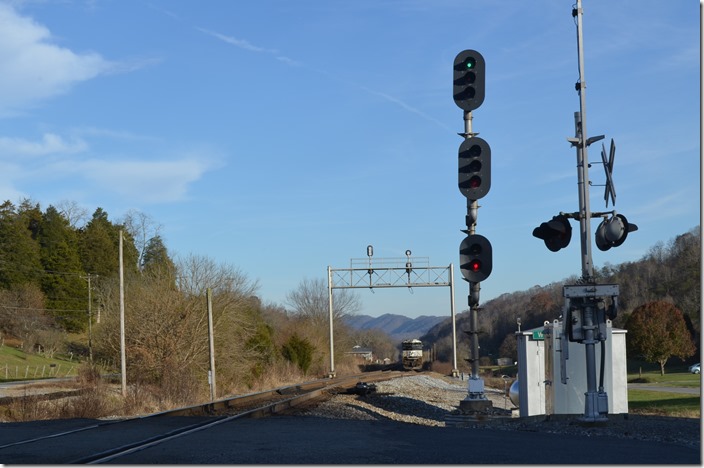 8. An eastbound NS local or work train came by on the former Southern. View 2. 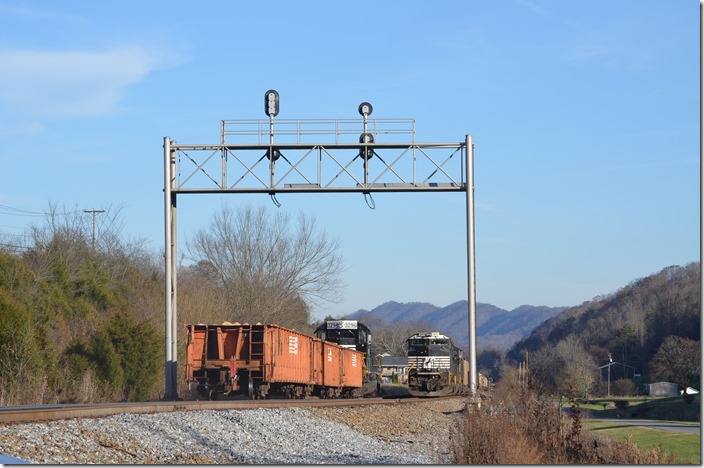 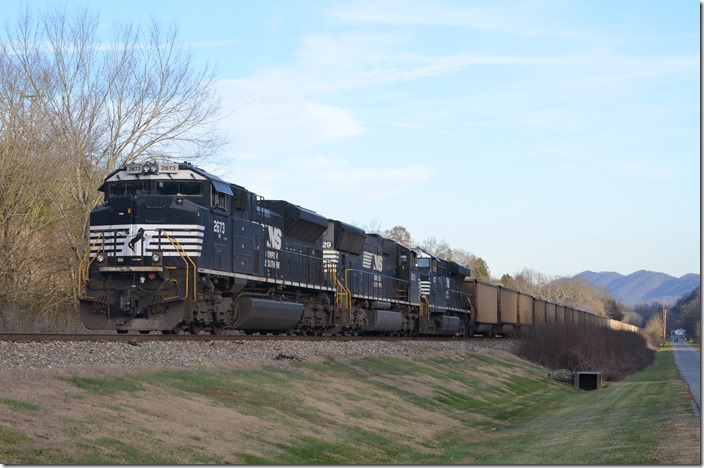 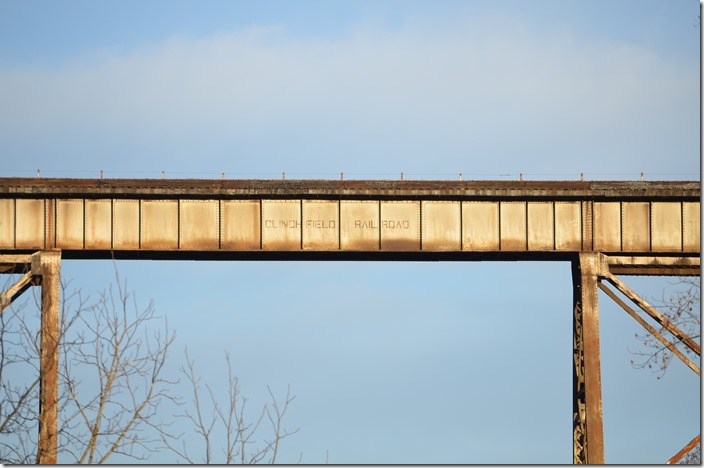 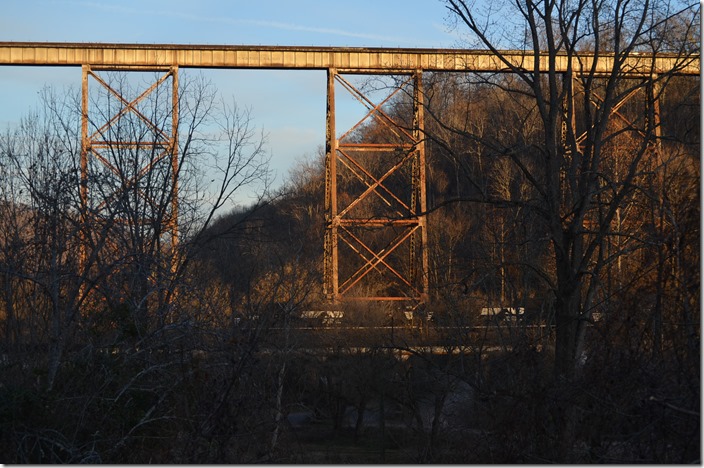 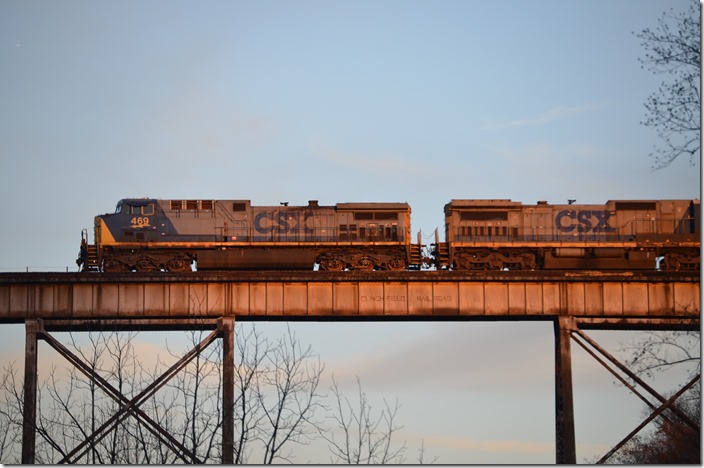